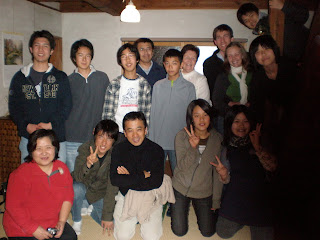 Our house was filled with teenagers on Christmas Eve as we hosted the Sunday School Christmas party. Andrew and Felicity were very popular and the kids enjoyed practising their English. 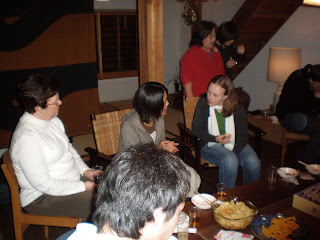 Christmas Sunday was significant with a good time of worship, lunch together and a concert in the afternoon. Our English students had been practising to sing 'Joy to the world' for the adults and 'Away in a manger for the children. We have also had two lots of children practising for Homestay in American in March. They came for a sleepover at our house. The first time we had 5 girls and the second time we had 2 girls and 2 boys. They were to eat a typical westerm meal with us, practise their English, go through the usual routines of staying overnight and have breakfast together the next morning. Their parents arrived at 8.30 to pick them up with many bowings and gaizemus's. 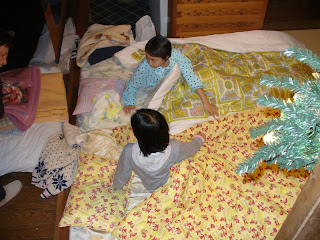 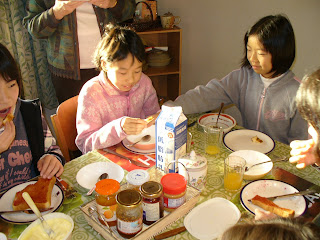 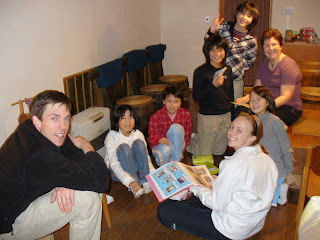 New Year is a very big time of celebration in Japan. It is traditionally a time to visit the home town family shrine and temple. It is a time to eat soba (New year's Eve) and rice cake for New Year. Well, I guess we were on the edge of doing some of these traditional things.
On New Year's Eve we drove to Nara Park to show Andrew and Felicity some of the oldest shrines and temples. Surprisingly it wasn't as crowded as we expected it to be. I guess we were home before New Year's Eve got into full swing. 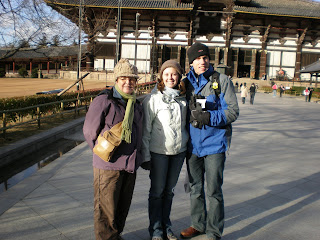 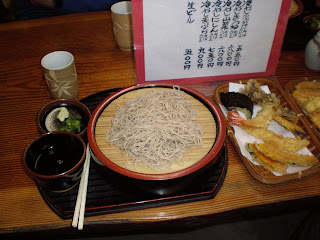 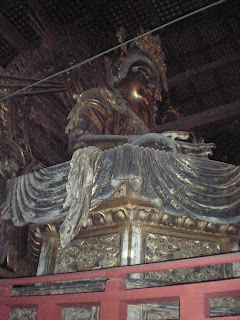 This is the largest Buddha housed in the largest wooden building. He is much more spectacular in reality than this picture shows.

We are back into teaching now after a week's break for New Year. We visited Tokyo on the shinkansen and saw Mt Fuji in passing. We also visited the MTW work in Chiba and saw the main sights that make Tokyo famous. 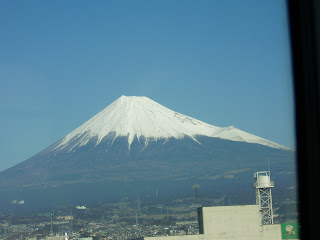 I don't often get a shot with Warren in it. 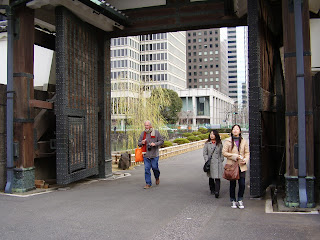 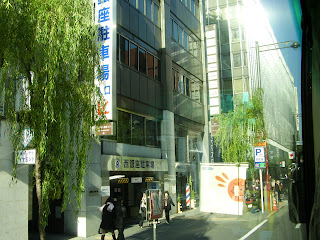 The east garden of the Emperor's palace was very orderly. Japanese gardens highlight the three elements of water, rock and stone. 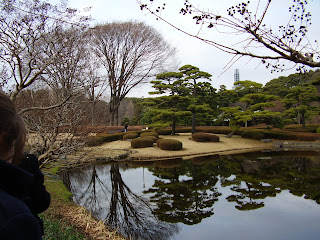 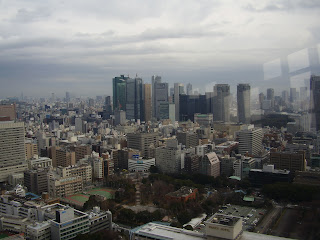 Do you like my novel table decoration? Had nowhere to store the chinese cabbage that was given to us. 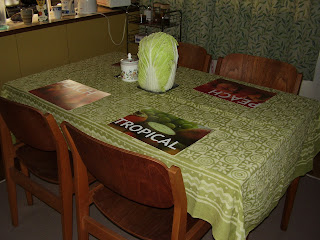 Posted by Warren and Jan at 3:27 PM No comments: