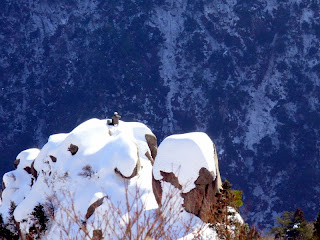 'I'm the king of the castle' - this is how one man celebrated New Year! It wasn't Warren - but what a beautiful spot he has chosen. This was taken up at Mt Gozaisho. 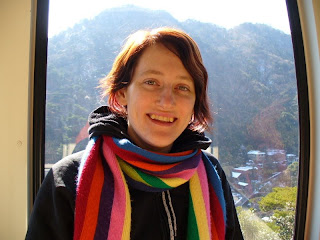 Bec has been brightening up our days. She has spent 5 weeks in Japan and is now on the way back to sunny Brisbane. Thanks for coming Bec - you were greatly appreciated! 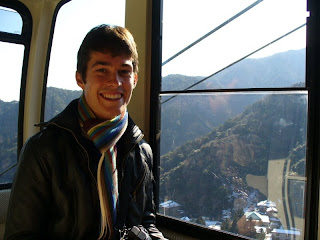 Tim is settling in after almost 3 weeks on the job. He can now drive the car and has taken over quite a few of our lessons. The kids are responding well to him. He has already made a lot of friends.

The way ahead make look tricky but with hindsight we see the Masterplanner at work. 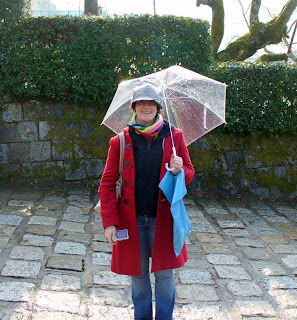 We spent a few days in Kyoto over Christmas. Here is Bec walking in the rain. We followed the Philosopher's Walk and it was magic. 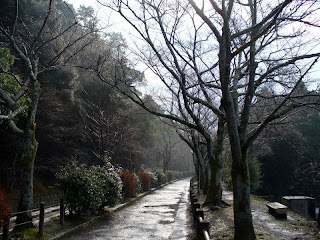 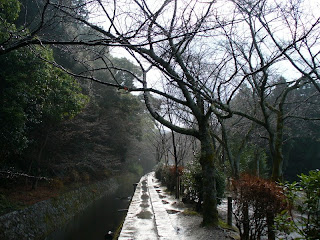 Everyone is on the look out ofr Geishas in an old area of Gion in Kyoto. We were fortunate to see a few when we were there. 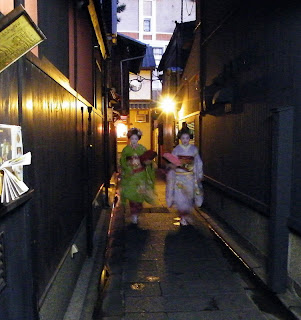 Who cares about the historical merits of Hikone castle when you can be entertained this guy! 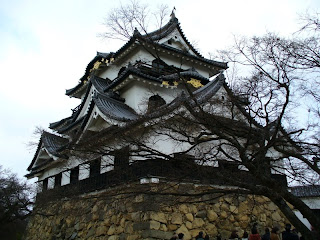 - or be driven around in this rickshaw! 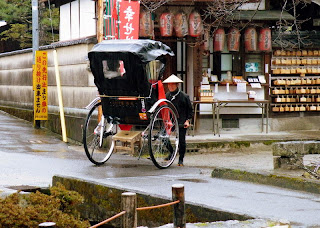 On Christmas Day we enjoyed fish and chips at an Irish Pub we found at JR station in Kyoto. In the mall next to it was a wonderfully clever water display. 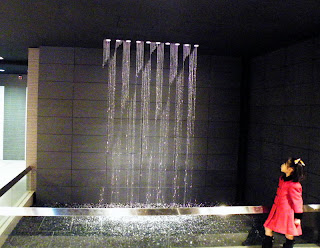 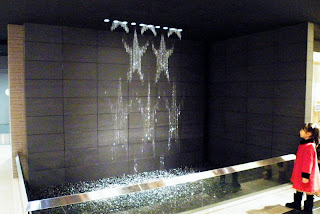 The little girl in red just makes it complet. 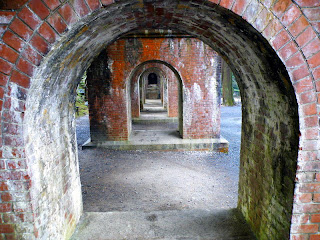 This is part of the old water viaduct system in Kyoto - from the canal you saw along the philosopher's walk. Kyoto is a very old city which wasn't bombed in the war.

We have often joked about the resemblance! Whe I was taking this photo - a few Japanese ladies came along, took pictures and remarked on the resemblance. what a joke!

Now to the Ninja castle and demonstration of traditional Ninja skills. These men were originally espionage agents who were trained in stealth. 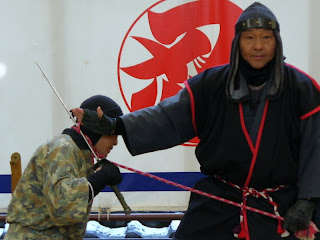 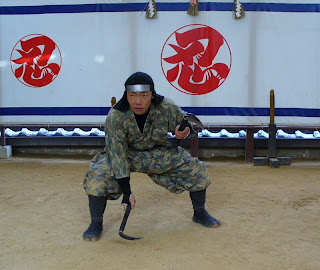 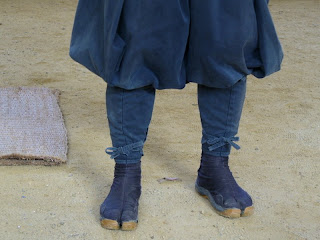 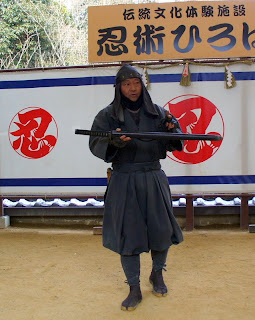 We had front row seats. A group from our English class went for the day - several of the children came too as it was a school holiday. It was freezing weather. I think the temp went from 4 to -4. 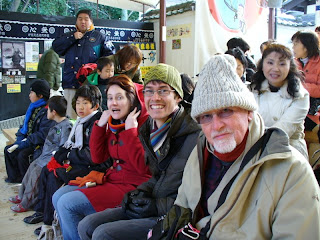